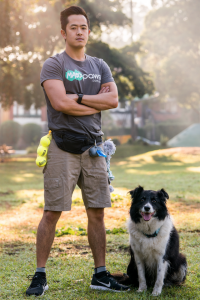 I was working in a solar thermal energy company. My role there also involved product management, but with hardware products. It’s similar to what we do in software in the sense that you’re designing and building a product. In this case, it was a hybrid solar heating system that could power hot water and pool heating at the same time.
After we built it, we needed to define a go-to-market plan, speak to customers, define what their pain points were, and set the price point. The final step before going to market was packaging it in a way that allowed “plug and play” for solar installers.

There are so many things! If I think on my recent memories, my favourite times have been the moments in which the team completely aligned towards a particular goal. For example, in the lead-up to Christmas, we realised we needed to recruit more Pet Sitters to meet our growing demand.
In response, the entire organisation galvanised to solve this problem: Product and Tech departments would made technical and design changes to better facilitate new sign-ups; the Marketing department ran a campaign to attract quality Pet Sitters; and our Customer Experience department worked around the clock to vet, sign up, and guide qualified new Sitters as they joined our platform.
The end result was a Christmas with enough talented Pet Sitters to manage our busiest time of the year. It’s always a blessing during these moments, when you realise the entire team is fully in sync. It’s difficult to achieve in many organisations, but when it happens, it’s a powerful thing.

I have a series of photo snaps stuck to my monitor with blue-tac. The snaps represent my memories here at Mad Paws – from photos of team members to old Mad Paws postcards. It’s a little bit ad-hoc and messy, but I wouldn’t change it for the world. 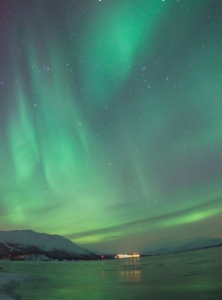 When I’m not at Mad Paws, I’m probably salsa dancing, working out, or spending time with my partner and family. Recently I’ve also been working on coding, just to keep myself up to scratch and empathise with our software developers.
Back in the day, I was also involved with a hip hop dancing crew. In fact, I was pretty into it for about 10 years. We used to practise on the street in front of the old Entertainment Centre. Most of us didn’t take classes, but learned from watching videos on YouTube.
This all started before YouTube had taken off, so we could only access blurry videos of Americans in dance comps. There was no tutorial component, so we’d just emulate their movements as best as we could.

A photo I took of the Northern Nights above a lake in Abisko, in northern Sweden. This town sat in the middle of nowhere inside the Arctic Circle, and they served moose meat for every meal. Moose spaghetti bolognese, moos mince burgers, you name it. It tasted a bit like beef, only smokier. It was an interesting taste, but after five days I felt like I’d O.D’d on the smokey flavour of moose.

A lion cub, because I’d need some training with big cats before I cared for a fully grown lion.  In the past I did some volunteer work caring for pandas, so I have a soft spot for pandas too. As a side note, pandas are really efficient in the way they eat bamboo. They just strip the meat off the bamboo in one fell swoop!

Step Up or Dirty Dancing?

Seven Ways Humans and Dogs Can Exercise Together