Do Cats Really Have Nine Lives?

Do cats really have nine lives? It’s a myth that has persisted for generations. But where did it come from? Is there any truth to the idea that cats are the best survivalists of the animal world? And, how widespread is this old story anyway?

To be sure, our cats only have one life, which is all the more reason to love our furry little felines. But, you’ll love to learn all about this fascinating tale! 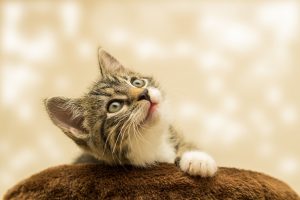 Ancient origins of the myth

If you’ve ever seen Ancient Egyptian art, you probably already know that this society loved cats. In fact, they believed that cats had special ties to the gods and the afterlife. And mummifying cats in order to help guide their Owners into the underworld was a common practice—archaeologists say that millions of cats were mummified at the height of the Egyptian empire! There were even special laws and customs to ensure protected status for cats, giving them an exalted place in society.

But, what does this have to do with our myth? Well, one important legend for the Ancient Egyptians was that of Atum-Ra, the sun god. Atum-Ra created the eight other gods who were responsible for all life on earth, from air to water to earth and more. And, whenever Atum-Ra wanted to visit the underworld, he embodied all nine gods in one, taking the form of a cat in the process.

Atum-Ra isn’t the only god related to cats. However, the story is generally accepted as the origin for the myth that cats have nine lives.

But as you already know, the story doesn’t end there. Long after the fall of the Egyptian Empire, the myth of cats having nine lives has endured. And the next iterations also tell us a lot about the influence of cats around the world!

Do cats really have nine lives? This Old English proverb says so!

There’s an old saying that could date back to at least the Middle Ages, that goes:

Like many well-worn sayings, this one isn’t meant to be taken literally. Rather, it’s a play on our feline friends’ uncanny ability to survive. Cats don’t have multiple lives, but they are quite adept at wiggling themselves out of dangerous situations.

Exactly what the relationship between the Old English saying and the Ancient Egyptian gods is unknown. What is certain is that during the height of the Egyptian Empire, trade routes between Europe and the Middle East were bustling. Over time, customs, beliefs, and legends were traded along with material goods. And it’s likely that the cat myth was carried along as well!

Does the old saying translate to other languages and cultures?

Absolutely.  The myth of cats having multiple lives exists in many societies. And in most cases, such as in Russia, China, or the Philippines, you’ll find that cats have nine lives.

But in some Mediterranean cultures, like Italy and Spain, the myth subtracts two of them!

When and why the switch-up took place, no one really knows. But it may be the result of seven being a more prominent number in the mythology of these countries, especially as it relates to Catholicism. And, given that this version of the myth is accepted in Mexico, Brazil, Chile, and other Latin American countries, it’s safe to assume that the old saying changed some time before colonisation.

Cats really do have some amazing survival tactics

Sure, we know that cats don’t really have nine lives. But still, we probably wouldn’t have the old saying if it weren’t for our feline friends’ uncanny ability to survive. So, what makes cats so special in this regard?

Let’s take a look at some reasons why cats have gained the reputation for having multiple lives:

We can’t say for sure why cats gained the reputation for having multiple lives. But, their amazing survival skills, disappearing acts, and seemingly reckless curiosity are all probable reasons why we think of cats as having more than one life.

Cats have one life, so make it a good one!

In reality, cats have only one life. And there are a few ways that you can make sure your cat is happy and healthy:

So, do cats really have nine lives? No! But we can do our best to make sure our cats are as happy and healthy as possible in the one life they’ve got.

How Do I Stop My Puppy from Stealing Socks?

What Do Dogs Think About TV?