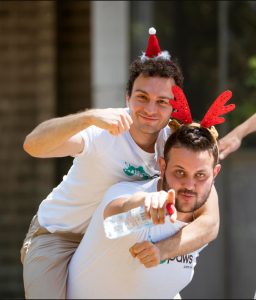 I was living in the German city of Berlin, working for another startup in the on-demand food delivery sector.

There’s a lot of things I love, but a few things I love the most. Chief among them is the chance to work with a group of young, smart people. Everyone here  is driven by the main goal of making sure that no pet is left in irresponsible care. It’s exciting to be disrupting an industry that has traditionally been a bit uncomfortable for Pet Owners when they go away on holidays.

I used to have a little stuffed toy elephant named Mustafa, who wore a Mad Paws collar. However, I gave Mustafa to my colleague Mel when she moved back to England. Now my favourite thing on my desk are all of the lovely “Paw It Forward” notes I’ve received from my colleagues. “Paw It Forward” is an initiative we have at Mad Paws through which we write each other notes to recognise when we’ve done something that embodies the company values. It’s a nice reminder that the people you work with have some really positive things to say about you. 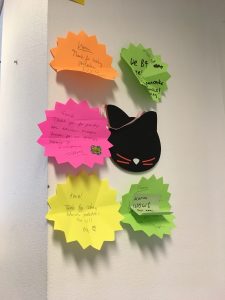 Lately I haven’t been able to do much because I was recently injured playing soccer. Otherwise I would usually spend my weekends playing a lot of sport, whether it be soccer or golf. I also spend a lot of time with family and enjoy as much of the day as I can with my two baby “polar bears”.

It’s a picture of my two labradors, Bella and Hugo.

If you could pet sit any animal, what would it be?

An elephant. I’ve got this weird obsession with elephants. Actually, it’s not that weird – it makes complete sense when you spell it out. Elephants are incredibly loving and caring, they possess the closest thing to a human conscience of any animal, and I just love how they’re so family-driven. They’re full of such similar emotions to the human species.

A castle in Scotland or a beach house in Bora Bora?

How to Train Your Dog for Apartment Living

How to Introduce Your Dog to Your Partner