Folks, Hug Your Cat Day 2019 (Monday 4 June) is drawing nearer. For us at Mad Paws, that means one thing: the quest for Australia’s most huggable cat must begin. From Perth to Melbourne, Adelaide to Brisbane, crisp autumnal Sydney to lush, sweltering Darwin, Australia is home to huggable cats. They’re adorable, and they’re out there, and we saw it as our duty to find them.

Of course, not every cat enjoys hugs. Much like humans, felines can vary in the ways they like to receive their affection.  Cats that don’t hug are in no way less worthy; they simply bond with their Owners in a different manner. However, with Hug Your Cat Day around the corner, we wanted to celebrate those who do value a good cuddle. With this in mind, we joined forces with Pawssum to reach Cat Owners, Cat Sitters, and kitty fans across Australia.

The request? Submit a photo of yourself hugging your cat.

The prize? $150 in Pet Sitting and vet vouchers, plus bragging rates.

The response? Off. The. Chain.

After receiving so many adorable photos, it was hard to choose a winner. In the end, though, there can be only one. Cat lovers, we’re pleased to announce:

Australia’s most huggable cat is Ollie! 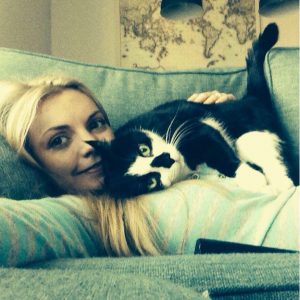 A local of Erskineville, NSW, Ollie lives with his Owners Bexy McFly (pictured above) and Ciro Figaro. His human Bexy is also no stranger to the ways of the kitty – she publishes Pussweek, a noted feline journal of record.

As you can see, Ollie hug game is on point. That’s the face of a cat who’s hugging his human while thinking: “There’s nothing else I’d rather be doing. Yep, that’s right – not even eating catnip.”

In at a close second place is Ryder the Cat, pictured above with his Owner Raiven. Raiven’s mum Natasha sent us the photo, and our hearts melted the moment we saw it. If there is a sweeter duo than these two, we haven’t seen them!

The winner and runner-up cat will receive their prizes on Hug Your Cat Day. In the meantime, kudos to the both of you!

Do you have a cat that loves a good hug? Tell us about them in the comments section!

Winter Recipes for Your Dog