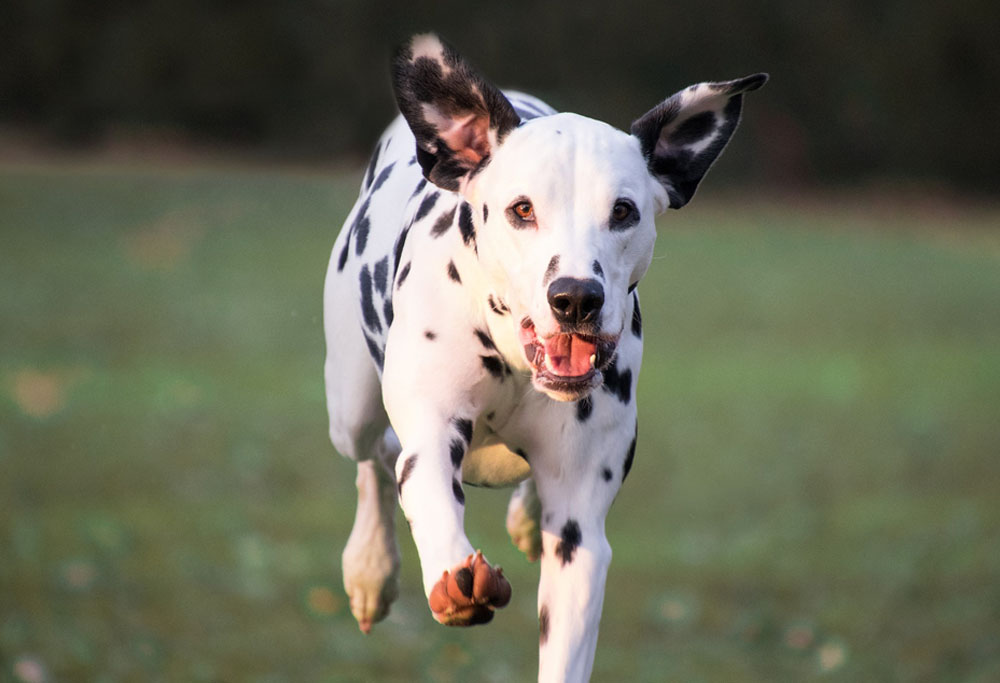 These dogs are often seen in popular culture, so let’s dive into what the makes the Dalmatian unique in this Dog Breed Corner 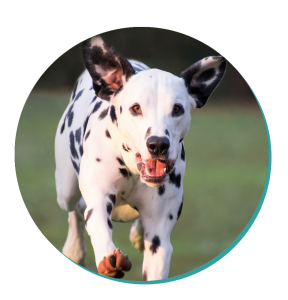 It’s not common that we know so little about the origins of a dog breed. In the case of Dalmatians, though, we really are in the dark. Most people agree that the name “Dalmatian” comes from the coastal region of Croatia called Dalmatia. This breed likely descended from pointers, and was used for hunting before being used for a range of different purposes.

Starting in the 17th century, Dalmatians were primarily used as carriage dogs to guide and protect horse-drawn carriages. Their job was to be on the lookout for thieving highwaymen and other dangers. They got along well with horses and were loyal to their Owners, which allowed them to excel at this job. In fact, the popular beer company, Budweiser, used Dalmatians alongside their Clydesdale-drawn carriages in the late 19th century. To this day, the company still keeps a few Dalmatians to keep these large horses company.

As horse-drawn fire carriages came into being, Dalmatians made the logical leap to firehouse dogs. Over the years, they were also added to traveling circuses, where they could perform alongside other animals. Today, Dalmatians may not be the firedogs they once were, but many fire stations still keep these good-looking pooches around. While their chief purpose is to keep the firefighters company, they also help with pest control.

One of the most difficult eras of this dog’s history came with the popular book and subsequent films, 101 Dalmatians. Suddenly, everyone wanted one of these spotted furry friends in their home, which led to some irresponsible and unfortunate breeding practices. Once families realised how high octane these pups are, the breed’s popularity dropped significantly.

Dalmatians were always bred to be in close proximity to humans. As such, they do best when in the company of people. When given the chance to socialise, they can form close bonds with children and other dogs. however, these dogs can easily develop separation anxiety, because they are so accustomed to being around their human families.

As they’re an intelligent breed, the Dalmatian can be stubborn and destructive if not properly stimulated. What that means for Dalmatian Owners is that training and daily care will take a bit of extra work.

The Dalmatian is also active by nature. Dalmatians love to exercise, and they need at least an hour of outdoor playtime per day. And that doesn’t mean a leisurely stroll. Your Dalmatian will do best with intense activity like running or guided play.

Unfortunately, breeding practices over the last 50 years have created quite a few health problems in the Dalmatian. The most common health issue is deafness. About 30% of Dalmatians suffer some level of hearing impairment, and quite a few are completely deaf.

Some other health issues common in the Dalmatian are urinary stones (Dalmatian urine contains uric acid instead of the common urea) and hip dysplasia.

With such an active breed, it’s very important to give them regular exercise to prevent obesity.

Fun Fact about the Dalmatian  ♥

The Dalmatian has enjoyed many a nickname over the years. One of the most memorable was the Plum Pudding Dog because a Dalmatian’s spots are reminiscent of this English dessert.

Interestingly, each of a Dalmatian’s spots is one-of-a-kind. You won’t find two spots the same on this pooch. They even have spots on the roof of their mouths.

Need someone to keep your Dalmatian company during the day? Book them in for Doggy Daycare! From Adelaide to Darwin, there are Pet Sitters waiting to care for your pooch while you’re at work.

Do Dogs Have a Favourite Family Member?

Should You Allow Your Dog to Lick Your Face?

An impressive share! I have just forwarded this onto a coworker who had been doing a little homework on this.
And he in fact bought me breakfast due to the fact that I found it for him…
lol. So allow me to reword this…. Thank YOU for the meal!!
But yeah, thanx for spending the time to discuss this issue here on your web page.