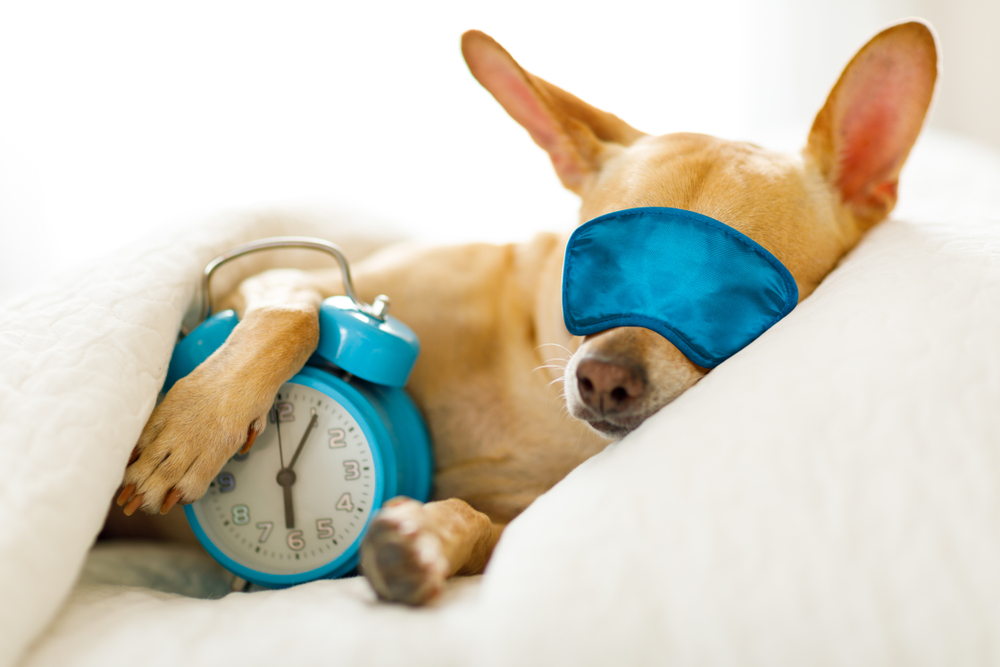 In many ways, dogs are just like us. Some seem to have boundless energy, happy to run and run for hours at a time. Others prefer a slower pace, with a greater affinity for napping on the couch than going on long hikes. Like humans, every dog has different exercise needs, and finding a pooch who matches your energy level will benefit both of you in the long run.

So, if you prefer a more relaxed pace of life, you might want to consider a low energy dog breed.

What to keep in mind when considering low energy dog breeds

Before we get into which breeds have the lowest exercise requirements, there are a few points to consider.

First things first, no dog’s energy level is so low that they don’t need any activity at all. Even though the below are considered low energy dog breeds, every pup, no matter its energy level, requires both physical and mental stimulation.

If you can’t commit to regular walks yourself due to work commitments or mobility issues, think about engaging a local dog walker to help lighten the load. And remember, a walk isn’t the only way to keep your pup active. A game of fetch or hiding their favourite treats in a Kong toy are great ways to keep their mind and body occupied.

Top 7 low energy dog breeds who love to be lazy

They may be the fastest dog breed in the world, but did you know Greyhounds are also one of the laziest? Despite their speediness, these long-legged beauties are really just big ol’ couch potatoes. They do best with short bursts of activity, like a bit of playtime in the afternoon or joining you on your morning walk. Once that’s out of the way, you’ll find them napping up a storm on any comfy surface they can reach.

They’re smart, sensitive, and gentle, but they’re also quite independent, so if you’re looking for a furry shadow, a Greyhound may not be for you.

Does this breed really need an introduction? Ask anyone, and they’ll probably tell you they’ve never met a Pug that wasn’t chilled out. A popular choice for first-time Dog Owners, these pooches are happy to go with the flow. They’d much rather join you in front of the TV than do laps at the dog park. In fact, because they’re a brachycephalic breed, too much physical activity (especially on hot days) can lead to breathing issues.

Another thing to keep in mind with Pugs is that they can be prone to obesity, so you’ll want to make sure you walk them every day and provide them with portion-controlled, healthy, fresh dog food.

With its lion-like mane and striking blue tongue, the Chow Chow is by far one of the most distinctive-looking doggos. And if you’re considering low energy dog breeds, don’t look past these unique, lovable pups. They require only a low to moderate amount of exercise, so one walk a day and a bit of playtime, and they’re sorted!

Though they can be quite aloof – especially around strangers – Chow Chows are incredibly loyal to their loved ones. They’re also remarkably clean, grooming themselves much like cats do. That said, they still require frequent brushing to keep their thick coat lovely and luscious as usual.

When they’re not entertaining you with their cheeky antics, you’ll find French Bulldogs relaxing on their bed. Or maybe on your bed, if they can sneak in without you noticing. They don’t care for action-packed weekends, preferring to laze around at home with their humans.

Frenchies do well living in the city, as they don’t need much exercise (aside from a daily walk) and are highly social. Still, like Pugs, they’re a brachycephalic breed and can be prone to breathing issues when overexerted or overheated. To prevent this, avoid taking them on runs and keep them inside on hot days.

If you’ve ever seen a Beethoven movie, you might assume Saint Bernards are endless balls of energy. Well, that’s not exactly the case. Even though they’re brilliant watchdogs, most of the time these gentle giants are bona fide slackers. In fact, because they’re so big and fluffy and can overheat quickly, their exercise needs are relatively minimal. Give them a walk a day and a yard to play in and they’ll be happy.

Though Saint Bernards are low energy dogs as adults, they’re incredibly boisterous as puppies. They’re big and powerful even when young, so may be overwhelming for other pets and small children.

With its regal looks and luscious mane, it’s no surprise the Pekingese was a favourite of ancient Chinese royalty. Originally bred as companion dogs, these furry doggos are independent and bold, with an air of nobility about them. Much like their ancestors, who sat on the laps of kings and emperors, Pekes are content to curl up somewhere comfy and watch the world go by.

Weighing in at under six kilos, these pint-sized pups have short legs and a distinctive “rolling” gait. A half-hour walk is usually enough to satisfy them, with a bit of playtime thrown in after. Pekingese Owners will also need to stay on top of grooming to keep that coat silky and healthy.

If you love the look of a Golden Retriever or Samoyed but can’t meet their high energy needs, a Great Pyrenees might be perfect for you. Originally bred to protect livestock, Pyrs are bright and alert, but also incredibly mellow with almost zen-like calm. But don’t mistake it for laziness! Most of their energy goes into observing their surroundings, but they can be swift when faced with a threat. They do prefer a large yard, but for these pups, mental stimulation is just as important as their daily walk.

Great Pyrenees Owners have to deal with a lot of shedding, but it’s a small price to pay for the love of these furry giants.

Why Do Cats Chirp?