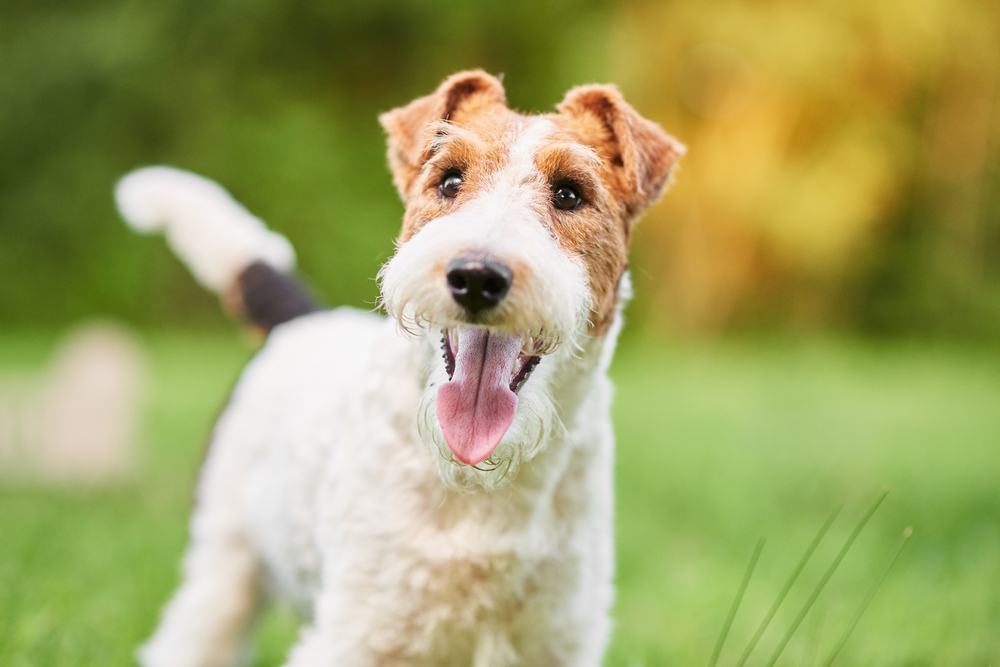 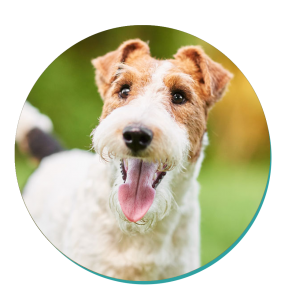 If you were to gather a family reunion of all the terrier breeds, one thing is certain: they’d be down in the dirt seconds after the obligatory tail sniffing!

The Wire Fox Terrier, like all other terriers, was first bred to flush out earth-dwelling prey, in this case foxes, from their underground burrows. Beginning around the 16th century, hunting on horseback with packs of dogs became a popular pastime for the ruling class. Fast forward two hundred years, and fox hunting had developed into a highly ritualised sport for the British aristocracy. By the time the Wire Fox Hound came onto the scene in the 18th century, there were already many other breeds dedicated to the practice: English Foxhounds, Beagles, and this pup’s predecessor, the Black and Tan Working Terrier.

The Fox Terrier, which came in both a smooth and wire coat, was the result of generations of tinkering with temperament and work ethic. Hunters wanted a dog with endless energy and drive, while sporting a mostly white coat that wouldn’t be mistaken for a fox.

Although today’s Wire and Smooth Fox Terriers may look similar, they are generally considered separate breeds. In fact, the two terriers stopped crossbreeding in many places over a hundred years ago.

Today, fox hunting is banned in most regions of the world, and the Wire Fox Terrier has had to adapt to different lifestyles. Some have gone on to live in the show dog spotlight while others have settled into family life. And though they’ve left their hunting days behind them, this dog has never let go of the personality traits that make them part of the lovable, sometimes difficult, terrier group!

Wire Fox Terriers have a set of eyes that will melt your heart, but you can tell there’s quite a bit of mischief going on behind them! These dogs are classic terriers, which means that you can expect the following:

As you can see, the Wire Fox Terrier is a true companion, who will sometimes push your buttons. It’s easy to see why they’ve thrived as a family pet long after the end of their fox hunting days!

You might have seen words like “independent” and “clever” and thought, “Here we go. This dog is going to be impossible to train, right?” Let us set the record straight that the Wire Fox Terrier is absolutely trainable! They do require an extra bit of patience and persistence, but training is not only doable, but also a great way to bond with this working dog! Here are a few tips:

You might have guessed it by now, but the Wire Fox Terrier is not a low-energy breed. In general, they need anywhere from a half hour to an hour of exercise (some will need more!) to stay healthy and satisfied. Here are a few ideas to get them active:

Regular exercise isn’t only important for your dog’s health, but it will also help to stabilise their emotional wellbeing. If you want a pup who is relaxed and content, rather than destructive and high-strung, start by putting together an exercise routine with the help of a dedicated Dog Walker.

Puzzle toys and other mentally challenging games are another way to round out a Wire Fox Terrier’s lifestyle. Especially if they’ll be spending any time at home alone, you’ll want to make sure they have access to a variety of toys with different textures; treat-dispensing toys are also a boon!

The wire coat of this terrier can be intimidating to Dog Owners who aren’t used to it. But caring for this unique coat is definitely manageable, especially with the occasional help of a professional groomer!

On your own, you’ll want to brush your Wire Fox Terrier at least once a week with a slicker brush or comb to prevent tangles or matting. This will also help reduce your dog’s shedding from low to almost non-existent.

Hand stripping is also recommended about every 4 to 6 weeks or as your terrier needs it. This is a process in which dead or weak hairs are pulled out of the coat to instigate new growth. It’s a time-consuming process, so Dog Owners typically rely on the help of a groomer experienced with wire-haired dogs.

If you don’t like the idea of hand stripping, clipping is another option for the Wire Fox Terrier, although many experts say that clipping can change the quality and colour of the coat. And, it doesn’t have the added benefit of improved skin health.

In addition to coat care, grooming needs for this pooch include cleaning out their ears, brushing their teeth, and clipping their nails.

While this breed is generally quite healthy, it’s always a good idea to be proactive about vet visits and sign your pooch up for a reliable pet insurance plan. The following medical conditions aren’t overly common in the Wire Fox Terrier, but they can sometimes show up in the breed:

If you follow the Mad Paws blog, you know we’re big fans of the Westminster Dog Show, and all of the amazing doggos who have competed over the years.

But we have to say, Wire Fox Terriers are kind of like the Westminster VIPs (Very Important Pooches, that is.) They’ve won 15 times in the show’s 145 year history; that’s more than any other dog breed!

The most recent winner was King, who won in 2019. An apt name if we’ve ever heard one!

The Wire Fox Terrier may look distinguished enough to intimidate the competition at Westminster. But, this is truly a lovable dog through and through. They are friendly, happy-go-lucky, intelligent, and funny. There’s always a good time to be had when a Fox Terrier is around!

Of course, terriers as a group have their quirks. They’re wilful and clever, with personalities that exceed their modest stature. Once you learn to roll with the terrier lifestyle, these characteristics are all part of the fun.

If you’re able to give the Wire Fox Terrier the attention and patience they deserve, you’ll be rewarded with one special companion!