Do Dogs Know When You Are Sad? 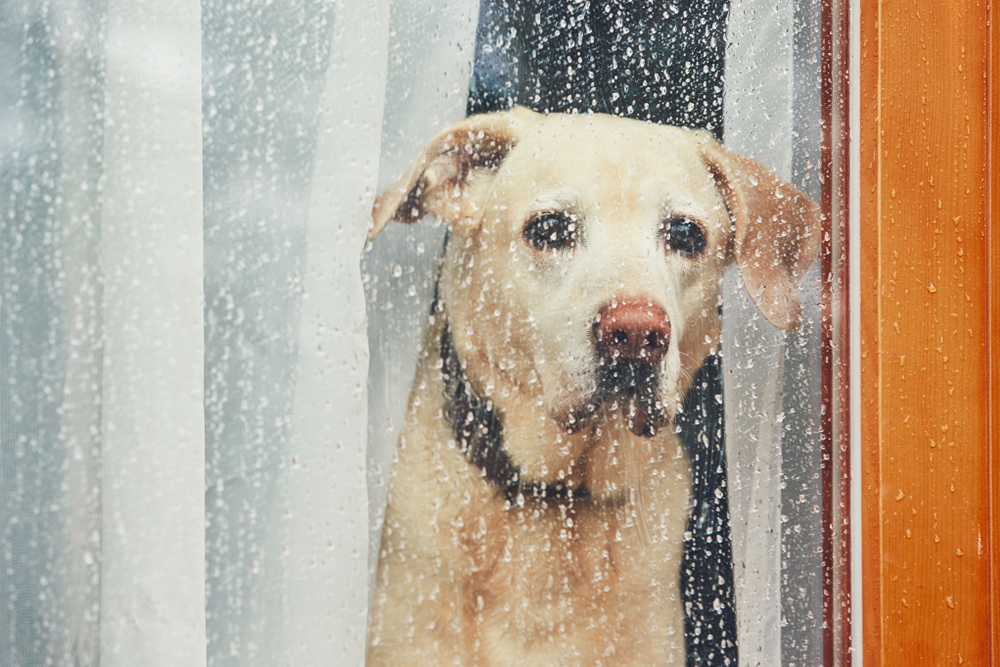 There’s nothing quite like the bond between humans and dogs. Not only are they the very best playmates and snuggle buddies, but dogs are also excellent sources of comfort when we’re feeling down. A sweet lick here, a gentle paw on the knee there… It’s no wonder we turn to our doggos in times of distress. But are our pooches actually reading our emotions or do we just think they are? Do dogs know when you are sad?

We know that dogs are very much capable of reading our facial expressions and sensing we’re in danger. But let’s dive a little deeper into their power to detect sadness.

Do dogs know when you are sad?

Anecdotally, we can probably all agree that our puppers know when we’re feeling sad. If we show signs of sadness – crying, irritability, retreating, or sleeping excessively – our dogs may respond by cuddling up to us or trying to initiate play.

As it turns out, our suspicion is correct. There have been numerous experiments that have confirmed that dogs can read our emotions, including when we’re sad. Interestingly, outside of humans, this ability is quite unique to dogs.

Having said that, this skill is somewhat rudimentary. You see, dogs sense our emotions in a similar way to very small children. They pick up on certain cues and deduce that we must be experiencing negative feelings, even though they’re not necessarily certain of what these feelings are. In essence, while they may not understand that it’s sadness per se, they can certainly tell that something is off.

How do dogs know when you are sad?

So, if your pupper can indeed recognise negative feelings, how do they actually do it?

A 2016 study by the University of Lincoln in the UK found that dogs combine two senses – sight and hearing – to detect positive and negative emotions in humans. That is, they can distinguish certain facial expressions and sound indicators to discern when we’re sad.

As part of the study, the researchers showed dogs images of happy/playful and angry/aggressive expressions in both humans and dogs. The images were paired with sounds that conveyed these emotions.

The outcome was that dogs spent more time looking at images that matched the sounds. This indicates that dogs use both senses to perceive emotion. It’s a skill the researchers say was only previously observed in primates, but one that’s not entirely unexpected. We’ve been domesticating dogs for thousands of years. So, it’s little surprise dogs have developed the capacity to pick up on emotional cues. 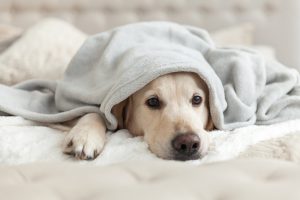 What will your dog do when you’re sad?

You may notice that when you’re sad, your dog just knows exactly what to do. Some of the ways that dogs respond to their Owners when they’re upset include:

All of these reactions could very well be an indicator of empathy in dogs. A 2012 study from the University of London suggested that dogs may actually be able to show empathy. The researchers found that the dogs involved in the study were more likely to approach people who were crying than those who were humming or talking. This revealed that the dogs were responding to particular emotions, not just curiosity.

However, it’s worth noting that the study isn’t definitive. Scientists still haven’t concluded whether or not dogs have the ability to show empathy. In fact, some dogs may not react to sadness at all. While they might still know you’re experiencing negative emotions, it’s not a given that they’ll do anything in response.

This isn’t necessarily a bad thing, though. Sometimes just having your dog around can be enough to make you feel better!

Can dogs read other emotions?

Dogs are incredibly intuitive creatures who can pick up on all kinds of emotions. While detecting sadness comes down to their capacity to read facial cues and identify sounds, they use other abilities to sense different emotions.

Dogs can tell when we’re angry, anxious or fearful, or disappointed. They might rely on facial expressions, sounds, and even body language to spot these feelings.

If we’re stressed, they can detect surges of stress hormones like cortisol and adrenaline. In a similar vein, they can recognise the happiness hormones – dopamine, serotonin, and oxytocin – when we’re in a good mood.

Dogs use their sense of smell to notice hormonal changes, and in fact can even use this skill to know if someone is pregnant or menstruating. Impressively, this ability isn’t just limited to the people they know well; they can even comprehend the emotional state of strangers, guests, or their favourite local Dog Walker. What truly amazing creatures!

How to Put on a Dog Harness

What Are the Benefits of Sweet Potato for Dogs?