Can Dogs Sense When Their Owners are in Danger?

Every once in a while, you may hear a news story about a heroic pup saving their Owner’s life. It makes you wonder: can dogs sense when their Owners are in danger?

The science says yes! Even if you have a dog who seems more interested in napping than scanning the horizon for danger, your canine companion is more alert than they appear.

And while we hope that your furry friend never has to prove it, we can bet that they would absolutely come to your rescue if need be. Just take a look at some of these doggy danger-sensing facts! 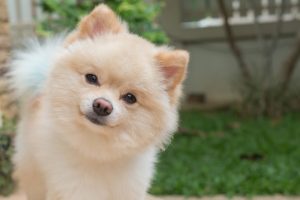 “Don’t worry, hooman – I’ll protect you from the dangers of this world.”

#1: Dogs are great judges of character

Some puppers are natural-born guard dogs. They do a wonderful job of protecting their beloved humans, and they analyse everyone who walks through the door. On the other hand, there are the natural-born doggy socialites. They make friends with everyone and seemingly wouldn’t hurt a fly.

As it turns out, though, even the most polite dogs may be more suspicious of newcomers than you realise.

For one thing, dogs are amazing at reading body language. They continually scan the expressions and movements of people they meet as a way to interpret and anticipate intentions. So, even friendly dogs will be able to tell the difference between a visit from a new Pet Sitter and an ill-intentioned intruder who is sneaking around outside.

Another way that dogs read character is by smell. We humans aren’t great at picking up emotions through scent. But our dogs can smell chemical expressions such as adrenaline and cortisol, which signal fear and stress. So, if your neighbour comes by to argue about something, your pup may get defensive before they’ve even knocked on the door.

If your dog refuses to return into the house after a potty break, you might feel a bit annoyed. And that’s exactly how Dog Owner Poppy Yang felt when her doggo, Twenty, ignored her pleas to come inside after playtime. Twenty was in obvious distress, and moments later, Poppy figured out why: a 6.4 magnitude earthquake was about to hit their city in Taiwan.

Thanks to her pup’s moment of stubbornness, the duo stayed safe while their apartment sustained damages from the earthquake.

Twenty isn’t the only dog to warn his owners of an impending earthquake. Many Dog Owners will tell you that their pups display unusual behaviour in the moments before an earthquake, and a 2020 scientific study from Germany proved it. The researchers found that in the hours before an earthquake, the activity levels of farm dogs spiked, especially if they spent most of their time inside. And it’s believed that this is because dogs can hear the early warning signs—the subtle shifts and scraping of tectonic plates—hours in advance of the actual earthquake.

Earthquakes aren’t the only natural disasters that dogs can predict. Because canines are sensitive to barometric pressure, they can also anticipate poor weather conditions. Have you ever noticed your dog becoming nervous and agitated, even if the storm clouds have yet to darken the sky? If so, it could be because your dog has noticed a change in the air. Best to check in with your local weather authority and batten down the hatches!

Okay, no. Your dog can’t make an official diagnosis. However, there is evidence to show that dogs can detect certain illnesses in humans.

In our article, 5 Medical Conditions that Dogs Can Detect, we covered some examples that have been most widely researched, including dogs sniffing out cancer, malaria, and Parkinson’s Disease. Since then, recent research has found that dogs may even be able to smell Covid-19, although it will take a while for the peer-reviewed studies to catch up.

And, it’s not just professionally trained dogs who can detect human diseases. While extensive training is certainly necessary for assistance dogs, scientists theorise that most puppers are able to smell medical conditions.

One such case was recently reported in the UK, when Barna, an untrained dog, proved that she could predict when her Owner, Emily, was about to faint. Emily has a neurological disorder that causes her to lose consciousness unexpectedly. However, Barna can give her a five minute warning so that she can reach a safe place. Barna, a usually quiet dog, only barks when she senses Emily is in danger, and Emily is sure that her furry friend has saved her life.

Can dogs sense when their Owners are in danger? Yes, but what will they do about it?

Now that we know that dogs really can sense danger, the next question is, how will they respond? Will your pup transform into a furry hero? Or will they scamper off to find a hiding spot?

Perhaps not surprisingly, it depends on the dog. In some cases, dogs have gone for help when their human has fallen ill or become trapped in a dangerous situation. And some dog breeds especially, including German Shepherds and Belgian Malinois, have been bred to naturally protect their Owners.

That being said, a dog may react differently in different settings. The number of dogs who become lost during firework displays, for example, tell us that they may be just as likely to run away from danger, regardless of whether their beloved human is safe. And any German Shepherd Owner will tell you that their protective pup isn’t brave all the time; this is especially true when the vacuum cleaner emerges or a thunderstorm rolls in.

So, in short, the answer to “Can dogs sense when their Owner is in danger,” is generally yes. However, whether they run to your rescue comes down to the personality of your pup.

If your dog isn’t the saviour type, don’t take it personally – they still love you!

Can you help your dog be more aware?

The hope, of course, is that your pup will never have to prove whether they can anticipate danger at all. But, if you want to hone your dog’s senses, there are a few things that you can do to ensure they can see, hear, and smell at max capacity:

Can dogs sense when their Owners are in danger? The answer is yes! But here’s to hoping that your doggo never has to worry about anything befalling their beloved human!

How Often Should I Wash My Dog?

Lately, my poodle is waking me several times each night. The first time she barked and licked my mouth, but now after several broken sleep nights, she jumps on me and settles again when I sit up. I’m thinking that I might be snoring badly and will have a check with the Dr. soon.