Do Dogs Think Humans are Dogs, Too?

We love to treat our dogs like humans. We dress them up. Treat them as our most trusted confidants. Attribute human emotions to them. Book them trusted Pet Sitters who care for them as if they were human children. But when the roles are reversed, do dogs think humans are dogs, too?

So do dogs think humans are dogs?

Well, let’s not leave you hanging, here. The short answer to “do dogs think humans are dogs?” is no. Sometimes, they’d probably like us to roll in the mud with them and get as excited about the dog park. Beyond that, they probably don’t think of us as tall hairless doggos with a source of dog treats.

What’s really interesting, though, is how dogs know that we’re different to them. So, cuddle up with your furry friend as we explore how canines think about their two-legged companions. 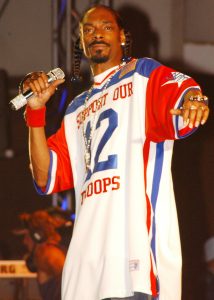 When asking “do dogs think humans are dogs?” canine sight is the first thing to look at

There are a lot of different kinds of dogs out there. Big ones and small ones. Dogs that are so fluffy they look like big teddy bears (looking at you Chow Chows), and others that are completely hairless (Xoloitzcuintli is a good example.) And as humans, we’re pretty good at knowing which falls into that dog category.

As it turns out, so are dogs. Even towering Great Danes can probably look at a Chihuahua and know that it’s a dog and not a large rodent. How do we know? A 2013 Scientific American study found that dogs can differentiate between dogs and other animals in lab settings. Even when shown pictures of animals and doggos they’ve never seen before, dogs can pick out the picture of a dog.

So, if dogs can pick out pictures of other dogs, it’s very unlikely that they would look at humans and place them in the same category.

In addition to sight, there’s the smell

Sure, you smell great, but from your dog’s perspective, you’re missing that familiar doggie smell. Dogs transmit tons of information through scent. That’s why you’ve probably seen your doggo running up to other dog to get a whiff of their rear ends. If you’re so inclined, you can even train your furry friend’s canine sense of smell to track specific scents.

Given how much a dog can learn from a couple of sniffs, it’s likely that they’re able to differentiate between dogs and humans simply based on the information we provide through scent. After all, we have a pretty sad sense of smell compared to dogs, and we can definitely tell the difference between the smell of a human and the smell of a dog.

So when we ask “dogs think humans are dogs?”, the answer is no. Is it possible that our dogs think of themselves as humans?

One of the other questions that often comes up in conversations like these is: “okay, maybe my dog knows I’m not a dog. Do they know they’re not a human?”

That’s a tricky question to answer – much trickier than “do dogs think humans are dogs?” In fact, if you pit psychologists against Dog Owners, you’d probably get very different responses. After all, we’ve all met those puppies that act like they are a queen reincarnated.

From the perspective of a psychologist, though, dogs don’t quite have the level of self-awareness necessary to consider themselves a dog. When they look in a mirror, they don’t actually recognise themselves. They may bark, get scared, or simply ignore the image in the mirror, but they don’t know that the dog looking back at them is them.

The way that scientists know this is with a simple trick: the mirror test. If you put a mark on a 2-year-old human, when they look in the mirror, their first reaction will be to touch the mark. “How did this mark get here?”, the little one thinks. Do the same thing to an elephant? That trunk will try to rub the mark off. Even in similar experiments with dolphins, scientists found that these marine mammals were able to identify themselves in a mirror.

Doggos? Not so much. It may seem like they recognise themselves, but dogs simply aren’t intelligent enough to conceptualise that being in the mirror as them. If they’re smarter than the average pup, they may think: “Oh, I hope that nice looking doggie knows they have a mark on their forehead.” After that, they’ll go on about their day, looking forward to their daily dog walk.

So, let’s tie it back into the question at hand: “Do dogs think humans are dogs, too?” Given the results of the self-identification mirror tests, probably not. They probably also don’t see themselves as dogs either. Instead, dogs most likely don’t think about which category they fall into at all. In true, loveable doggie fashion, dogs simply exist in the present moment. They don’t have to know that they are dogs to run with the pack, just like they don’t have to think that they are humans to cuddle up on the couch.

At the end of the day, your dog will love you no matter what

If you give your doggo plenty of love and playtime, your dog will see you as an awesome, loveable being. And that’s pretty great.

Meet Harshitha, Our July Pet Sitter of the Month