Dog Mums And Their Pups!

As Mother’s Day approaches for us humans, we take a look at four legged mums and pups and reveal some fascinating facts about dog pregnancy, birth and the first stages of life for new bundles of puppy cuteness! 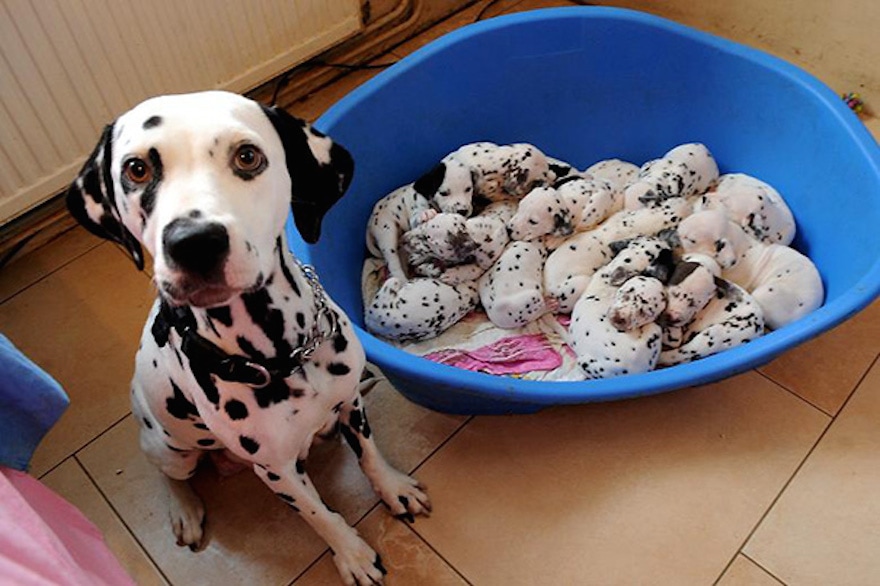 1. Humans carry their young for 9 months but dogs have a much shorter gestation period of an average of 65 days.

2. Dogs can only become pregnant when they are in “heat”, which generally happens twice a year.

3. Newborn puppies cannot smell, see or hear! The first sense they use is touch, which is why it is so important for pups to stay near their mum.
​
4. The size of a litter depends on the breed, mum’s age and other factors. The largest ever recorded litter was 24 Mastiff puppies in 2005.

5. During their first week, newborn pups spend about 90% of their time sleeping and 10% eating. Not too dissimilar to newborn humans who follow a similar pattern.

6. 24 hours before labour, pregnant female dogs become restless and may start shredding paper or blankets. It is unclear whether this shredding is a nesting instinct or just a reaction to discomfort.

7. Just like humans, some dogs can experience Postnatal Depression. This can show itself in them sleeping excessively, showing no interest in their puppies and a loss of appetite.
​
8. ​​Puppies start to move from milk to solid food at around 3 – 4 weeks. Not long after, they will eat a completely solid diet and won’t need mum’s milk any more!

If you have a mum or pup at home who needs some attention, or even a full grown doggo who just deserves some extra attention,  book a Mad Paws sitter now for a weekend, dog walk or just to pop in whilst you’re out!

7 Things People Do That Dogs Hate