What Do Dogs Think About All Day?

Have you ever looked deep into those dark brown eyes and thought: “What in the world is my dog thinking?” Well, you’re not alone. In fact, most of us wonder what dogs think about. Are they always thinking about food? Do they ponder their daily dog walk? Are they questioning what their human is thinking?

In this article, we’re going to try to piece together the dog brain. This way, we can aim to give you a better sense of what your dog might be thinking.

However, we’ve gotta let you down easy right from the start: we can’t tell you exactly what’s going on in that adorable head. Each and every dog is a unique snowflake with a mind of their own. That said, we can take a look at some of the scientific research and see what the experts are saying on the subject.

First of all, some myths

There are some things about our dogs that we Owners have failed to understand. Don’t worry if you’ve made these mistakes when trying to guess what your dog is thinking. Those doggos has the best of us fooled. 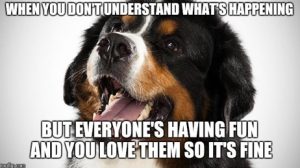 So what do dogs think about, then?

Now we know what dogs don’t think about, what is it that they actually do think about? 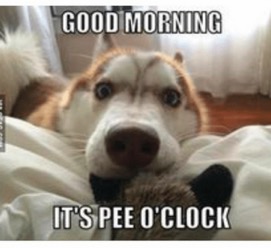 But the relationship between dogs and humans may be even more complicated than that. Indeed, research shows that dogs are more adept at reading human communication signals than any other animal. They’ve developed alongside us for thousands of years, so it shouldn’t be surprising that doggos are constantly thinking about us. This is especially the case when treats or verbal praise are involved. 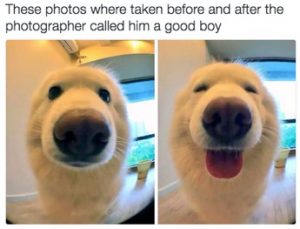 Final thoughts on what dogs think about

At this point, we don’t have the perfect doggie translator that can tell us exactly what our pup is thinking. But we can be pretty sure that they think about us and they think about their daily routine. They have pretty good memories, so they probably also think about events from their recent past. This could range from that time when you rubbed their belly, to that possum they once saw in the backyard.

If your pup is happy and healthy, you can bet that their thoughts are positive and loving and wonderful. Just like them.

Are you pining for a mind-reading carer who gets what dogs think about? Mad Paws has the answer for you! Whether you require a Pet Sitter in Bendigo, Toowoomba, or any other locale, we have the paw-fect Sitter for you.

Why are Cats Afraid of Water?

Five Signs You Have a Stressed Dog on Your Hands