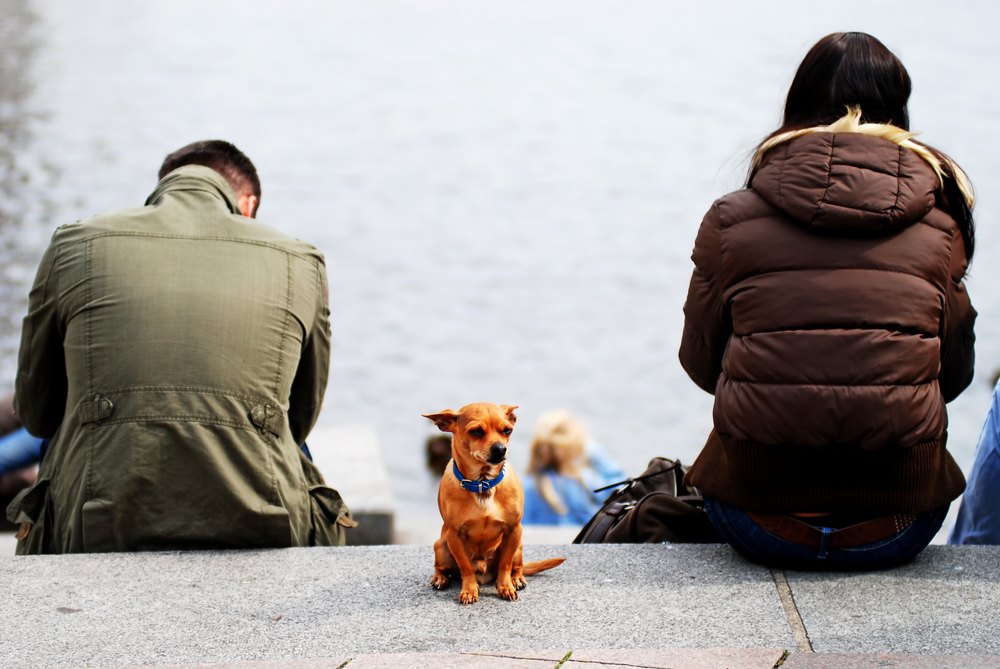 Everyone has the occasional disagreement, and different people react in different ways. Some may opt for the silent treatment, while others may raise their voice. It’s not something we necessarily do on purpose – after all, no one plans on having an argument. But have you ever stopped to wonder what your dog is thinking while their favourite humans are having a tiff?

We know that our pupper pals are much more sensitive than we give them credit for. They can love us, miss us, and worry about us, and not just because we’re their main source of tasty dog treats and fun toys. But do dogs worry when their Owners argue? Or are they completely unfazed? Let’s find out the answer once and for all.

Can dogs sense changes in their owners’ emotions?

Before we get into whether or not dogs worry when their Owners argue, we need to understand if – and how – dogs perceive their Owners’ emotions. Can they recognise when we’re excited and happy just like we can sense their excitement and happiness when tucking into their favourite raw dog food?

Quite a few studies have been conducted on the topic, and as it turns out, our pups are incredibly skilled at picking up on human emotions, simply by listening to our voices and observing our body language.

Just like we can tell how someone’s feeling based on their tone of voice, it seems our doggos can do the same.

In 2018, a group of Italian researchers tested dogs’ responses to different tones of the human voice. In the study, each of the 30 dogs examined was given a bowl of food in the centre of a room, with two speakers placed on opposite sides. While the pooch chowed down, the speakers played non-verbal human sounds – the same on each speaker. These sounds included laughter to indicate happiness, screams to indicate fear, and crying to indicate sadness.

Each dog’s reaction was videotaped, with researchers paying particular attention to which side the dog turned its head. Why? Well, earlier studies have shown that dogs tend to process happier sounds with the left side of their brain and more negative sounds with the right side. However, because dogs use the left side of their brain to move the right side of their body and vice versa, the theory was that, if they turned their head to the right, they interpreted the sound as positive. If they turned to the left, the sound was interpreted as negative.

The results showed that dogs turned to the left when hearing screams or crying, correctly interpreting them as negative emotions. When the pooches heard laughter, they turned to the right. This study effectively proves dogs can distinguish between human emotions based on our vocal cues.

Not only are our four-legged friends smart enough to know how we’re feeling based on our voices, they can also do so based on our body language and facial expressions.

Another study by the same research team as above examined the same responses to emotions, but this time, based on facial expressions. Each dog was shown a 2D image of a human face displaying one of six emotions: Anger, fear, happiness, sadness, surprise, and disgust. Again, the theory was a head-turn to the right for positive emotions, left for negative emotions.

Once again, the group of dogs examined were able to correctly identify negative emotions like anger, fear, and sadness. Interestingly, they incorrectly turned to the left, identifying happiness as a negative emotion. However, this is likely due to dogs’ instinct to feel uneasy when seeing bared teeth (even in a smile). Furthermore, their heart rates also spiked when shown more intense emotions like happiness, anger, and fear. This suggests the less relaxed our facial expressions are, the more uneasy it makes our puppers.

Other studies have also shown that dogs can recognise gestures like pointing, which is something not even our closest relative (the chimpanzee) can do!

So, do dogs worry when their Owners argue?

Based on what the research tells us, dogs can absolutely sense changes in their Owners’ emotions. They can recognise whether or not what they’re hearing is driven by positive or negative emotions. They can even become stressed when we show intense emotion via our facial expressions.

With all that in mind, it’s safe to assume that dogs do worry when their Owners argue, on one level or another.

How can you know for sure if your furry friend is concerned about those raised voices? Signs that your pooch is stressed include:

Tips to stop dogs worrying when their Owners argue

Disagreements happen from time to time in every household, and sometimes, they simply can’t be avoided. But as a Dog Owner, it’s your duty to protect your canine bestie from any potential sources of stress. Now we know the answer to the question of “Do dogs worry when their Owners argue?” is yes, try to keep the squabbles to a minimum.

Here are three ways you can prevent your pup feeling down as a result of being around an argument: