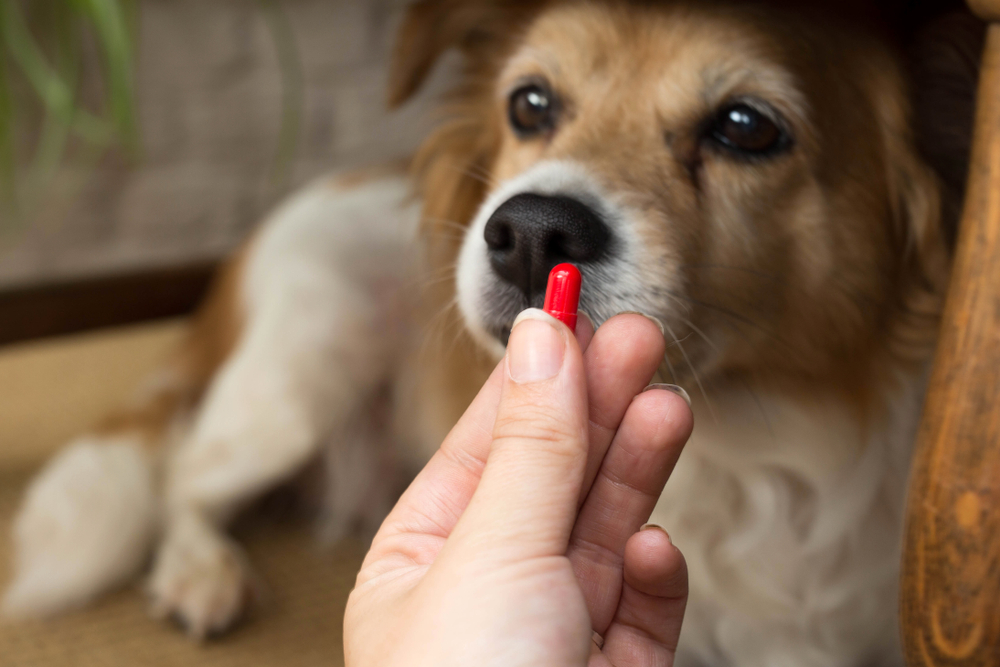 Puppies love to stick their snoot in everything from freshly cut grass to the smelliest rubbish pile, which means they’re likely to pick up some parasites along the way. And, with a developing immune system, young pups aren’t able to fight off every worm they meet. Luckily, there’s a pretty simple solution. Learning how often to worm puppies will help you protect your pup from every parasite that wants to catch a ride.

With the right worming schedule, you won’t have to worry about your doggo putting their nose to the ground when they go out for walkies with you or their dedicated Dog Walker!

What does worming do?

The term “worming” is a bit vague, so let’s clarify what we mean.

The worming that we’ll focus on in this article refers to medication that targets a range of different internal parasites that your dog may contract. These include tapeworm, roundworm, hookworm, and whipworms. These types of parasites generally live in the intestine although they can sometimes be found in your dog’s muscle tissue.

In addition to regular worming prevention medication, your vet may recommend that your dog be tested for heartworm. Heartworm is placed in a separate category as it is more severe and requires its own treatment plan. There are monthly oral medications available, as well as injections that provide coverage for up to six months or a year. Luckily, a 2016 study of heartworm in Australia suggested that prevalence of this internal parasite remains low.

How often to worm puppies under 10 weeks old

Very young puppies are typically wormed every two weeks until they reach about 10 weeks old, or possibly 12 weeks depending on the advice of your vet. This might surprise you given that pups this young tend to stick with mum and their littermates! But the fact is, worms can be transmitted from mum to puppies during pregnancy or through nursing, so it’s essential to take extra precaution.

What’s more, worming medication typically only kills internal worms in the adult life stage. Treatment needs to be repeated to account for the eggs that haven’t hatched yet.

Mum herself should have also had a round of worming before giving birth as well as during the nursing period. Learn more about doggy pregnancy in our article, How Long Are Dogs Pregnant?

Puppies under six months old are getting into all kinds of mischief from chewing up your favourite trainers to blundering their way through early socialisation with other dogs. The point is, they’re exploring the world around them more confidently by the day, and that means they’re more likely to be exposed to parasites.

Until they reach the six month mark, you’ll want to continue to worm your puppy once a month.

How often to worm puppies over six months old

At six months old, your dog’s immune system should be fully developed so they won’t need such frequent worming. That said, even adult dogs should receive worming medication about four times per year.

If your pupper has struggled with worms throughout their first year, your vet may recommend that you continue with more frequent worming to ensure that they develop normally.

Learn how to spot the signs of worms

Even when you have your puppy on a consistent worming schedule, it’s still a good idea to know some of the signs of intestinal parasites. Here are the most common:

Keep your pup and home worm-free for good

Prevention through worming medication is the best way to protect your pup from intestinal parasites. But, it’s not the only thing you can do! Here are a few tips on keeping your puppy months worm-free:

Overall, it’s very common for puppies to suffer from worms at some point during their first year of life. If your pup has contracted a form of these internal parasites, know that you are not alone! As long as you can get them on an appropriate treatment plan and take a few extra steps to lower their exposure in the future, your pupper will be back to normal in no time.

Now that you know how often to worm puppies, your little guy or girl will be ready to take on the world!