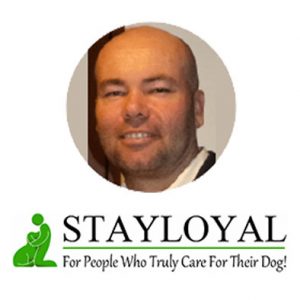 Robert Belobrajdic has over 30 years experience with dogs, including breeding and showing South African Boerboel. In  2012, he co-founded Stay Loyal Dog Food with the mission to “Help you improve your dog’s health, increase life span and better your relationship with your dog!”. All of Stay Loyal’s food is tasty, highly nutritious and Grain Free and has been developed over a 30 year period of trial-and-error. An expert in dog care and nutrition, Robert appears on our blog each month with advice and tips around dog nutrition and health.

Canines are members of the family, so keeping them healthy is an important part of being a dog owner. Although dogs today are accustomed to specialised doggie dishes and pet beds, there was a time when they were hunters in the wild. Before dogs became household pets, they had to hunt for food, which included meals that were high in protein. When you provide your dog with a diet that is grain-free, you are giving him or her food that is more natural to a dog’s diet as a meat eater. Animal protein-rich meals are crucial for providing your canine companion with a diet that will keep him or her healthy. Many times, dogs have allergic reactions, or their digestive systems do not respond well to diets that contain grain. 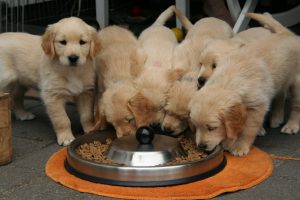 Many dog foods today are manufactured using cheap fillers, such as corn, wheat, rice, and soy. This trend started around the World War II era, which allowed manufacturers to produce bulk quantities and keep the cost of dog food low. In most commercial dog foods produced today, corn or wheat is a primary ingredient.

Corn is not good for your dog –it is a source of empty calories for your canine companion. It is a simple carbohydrate that has a high glycemic index, which can cause an increase in blood sugar levels and cause your dog to gain excess weight. Often dogs fed corn based dog food have skin and coat issues. The primary reason it is commonly found in dog food is because it is cheap to produce.

Wheat is another grain that is often found in dog food. Wheat is similar to corn because it provides very little nutrition to your dog. Furthermore, it is a common allergen that can cause your pet to have digestive and skin issues. There are many forms of wheat in dog food, which include wheat shorts and wheat flour.

Sorghum is a common cheap filler used in Australian dog foods. It is highly allergenic to dogs and often causes severe digestive upsets and skin problems in dogs. Definitely check your dog food ingredients list and make sure there is no sorghum.

Rice is a filler that is very common in dog food. It’s not as bad for your dog as wheat, corn or sorghum, however it should be avoided if possible. Although it can be considered a complex carbohydrate, it provides very little nutritional value. If you notice your dog is bloated, has gas or diarrhoea, then it could be caused by rice.

Soy is a common filler ingredient that is found in many dog foods. Soy can cause your pet to have an allergic reaction. According to PetMD, if you notice your pet is itching, swelling, or sneezing, then he or she may have a food allergy to soy, which is the most common food allergen found in dogs. It is important to provide a diet that is free from soy – more than any other filler – because soybean products are linked to causing seizures in dogs (according to a 2014 study done by PubMed).

The Importance of a Grain-free Diet for Your Dog

In order to keep a dog’s digestive system working properly, it is important to keep your dog on a grain-free diet. By doing this, your canine companion will stay fuller for longer periods of time, have more energy, a shinier coat and will leave smaller stools. 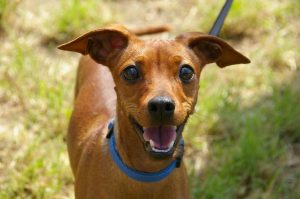 Your dog’s overall health will be improved because his or her digestive system is not working so hard to process grains. Unlike humans, canine digestive systems do not posses the capability to process grains effectively. The faeces of your canine companion are not supposed to look like that of a person. This occurs because of the intake of grains in

the diet. Wheat and other grains in your dog’s diet act as filler but do not actually nourish him or her.

You and your pup will be able to tell within a few weeks after a simple change to a grain-free diet. Even as human beings we can attest to feeling weighed down from a heavy diet, after the holidays for instance. As you can imagine your canine friend will feel less weighed down and far more active.

Are you ready to ditch the grains? Check out Stay Loyal’s bestselling grain-free dog food now, and see the positive results for yourself.

Can My Dog Eat Pistachios?

How to Help Your Dog Age Gracefully

How Often Should I Brush My Dog’s Teeth?

Train Your Dog to Climb Stairs in 4...

4 Ways to Prepare Your Dog for the...

How Does Bushfire Smoke Affect Your Pet?

7 Tips to Keep Your Dog Cool During...

With the common understanding these days that an excess of grains is bad for us. Is it any wonder that it’s bad for our pets as well?