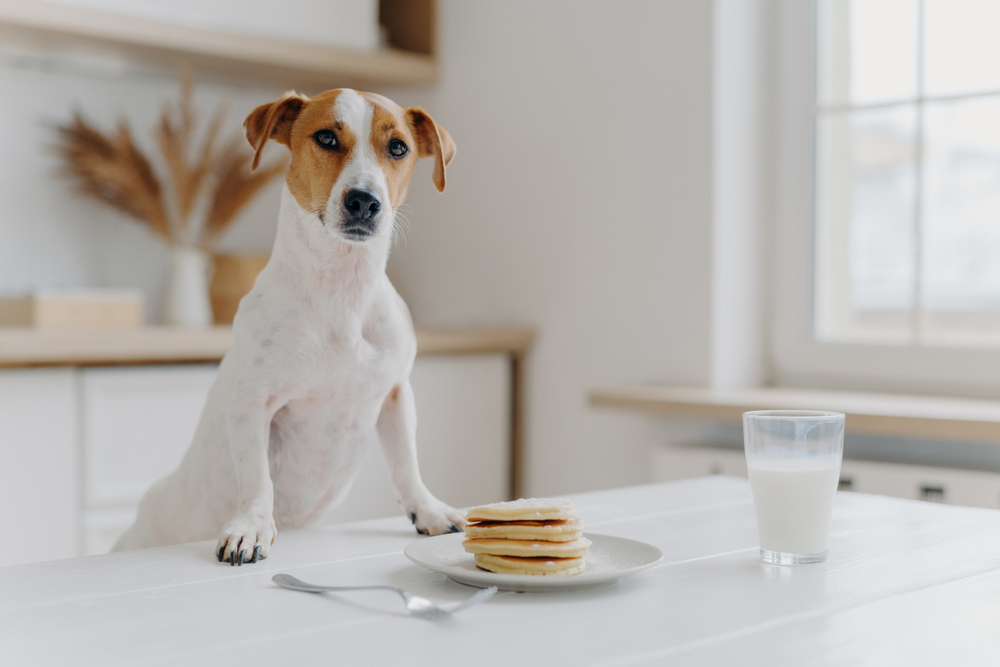 For us humans, milk can be incredibly beneficial at all stages of life to help keep our bones and teeth healthy and strong. Many of us drink it every day, whether in our breakfast cereal, tea, or simply on its own with some biscuits. It’s pretty much become second nature for us, but have you ever wondered, is milk good for dogs?

Well, the answer is a little more complicated than a simple “yes” or “no”. Here’s everything you need to know about dogs and milk. 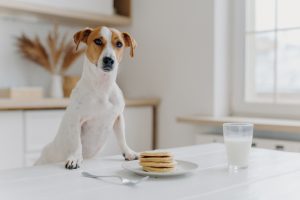 Is milk good for dogs?

Generally speaking, milk is not necessarily bad for dogs, but that doesn’t mean it’s particularly beneficial either. The answer is more of a “maybe”.

Like all mammals, milk is the first food dogs will ever have. From the time they’re born, they’ll feed on milk from their mother for about eight weeks. After that, they’re generally weaned off it as they no longer need it as they’re ready to move onto solids. As long as you opt for high-quality, healthy dog food, their solid food diet should provide them with all the nutrition they need – including protein, calcium, vitamins A, B12 and D, all of which are found in milk.

Still, if you’ve ever been tempted to share your milkshake, or if your pupper somehow finds their way into your unattended bowl of cereal, there’s no need to panic. Milk in and of itself is not harmful to dogs, however, our canine pals aren’t able to process fat as easily as we do. Therefore, they can only tolerate small amounts of low-fat milk on rare occasions. And if they’re lactose intolerant, milk should be avoided as much as possible.

Another thing to be aware of is that, even if they can tolerate lactose, you should never feed your dog chocolate or coffee-flavoured milk, as they likely contain ingredients that are toxic to dogs.

Once puppies have been weaned, they start producing less lactase. Lactase is the enzyme that allows dogs (and humans!) to digest lactose, which is the sugar found in milk. Lactose intolerance occurs when there is a lactase deficiency, which is not uncommon in dogs.

Some Dog Owners may not even know their furry friend is lactose intolerant, as it’s rare that they consume it in large doses. Still, it’s essential to know what symptoms of lactose intolerance to look out for in your pup. Here are the most common signs:

If you notice any of these symptoms directly after your dog has consumed milk, it’s best to avoid it altogether in the future. In the case of a severe reaction, take your dog to a vet immediately.

Are lactose-free and plant-based milks good for dogs?

When asking the question, “is milk good for dogs?” it’s worth clarifying exactly what type of milk we’re talking about. Lactose is found in every animal milk, so that rules out the usuals, like cow and goat milk. But what about lactose-free and plant-based milks?

Like cow’s milk, lactose-free and plant-based milks (think oat milk, soy milk and almond milk) won’t provide anything that their regular diet can’t, but unlike cow’s milk, they can be consumed even by lactose intolerant pups.

That said, there are a few things to keep in mind when introducing these alternative milks into your pooch’s diet. First, moderation is key as they often contain more fat than cow’s milk. As such, they should only be treated as treats and shouldn’t make up more than 10% of your pooch’s daily calorie intake. Secondly, for puppies, these alternatives should not replace their mother’s milk. And finally, you must avoid any lactose-free or plant-based milk that’s artificially sweetened with the sugar substitute xylitol. Even in small amounts, this sweetener can be highly dangerous – and potentially deadly to your four-legged pal.

Alternatives to milk for dogs

Given how murky the answer to the question of “is milk good for dogs?” is, you may prefer to steer clear of milk altogether. Even so, there are some dog-friendly alternatives that could be worth trying.

For dogs that can tolerate lactose, plain, unsweetened, low fat yoghurt (like Greek yoghurt) can be a great treat. Not only is it high in protein and probiotics, but it can be a clever way to hide medications, too. Simply dollop a small spoonful on top of their dinner and that’s that!

If your doggo doesn’t quite agree with lactose, there is another option – cheese. Yep, even though it’s made from milk, cheese is processed enough to remove most (if not all) lactose. But before you invite Fido to partake in your weekend cheeseboard, we’d recommend checking out our article, Can Dogs Eat Cheese? Once again, moderation is the name of the game, and there are certain cheeses (blue cheese, cheese with additions like garlic, onion, and nuts) that can be highly dangerous. Still, a small amount of cottage cheese, low-fat cream cheese or even mozzarella can be both safe and tasty. 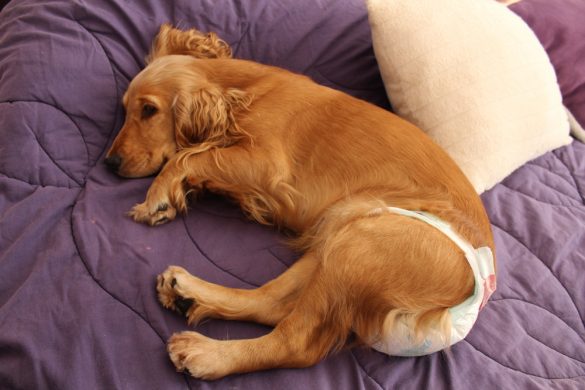 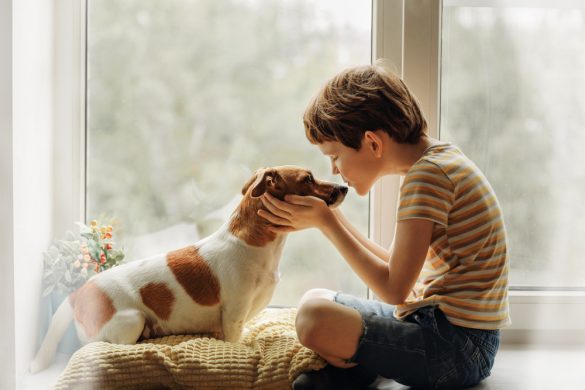 How to Introduce Kids to Dogs 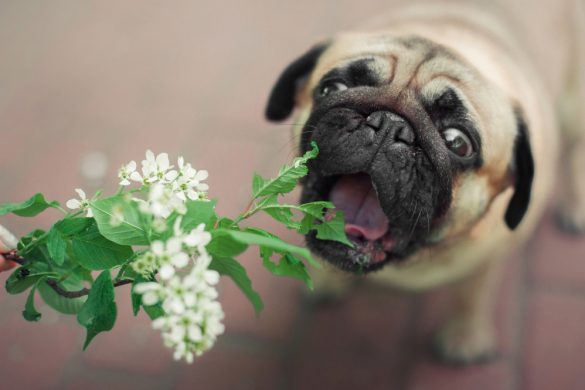 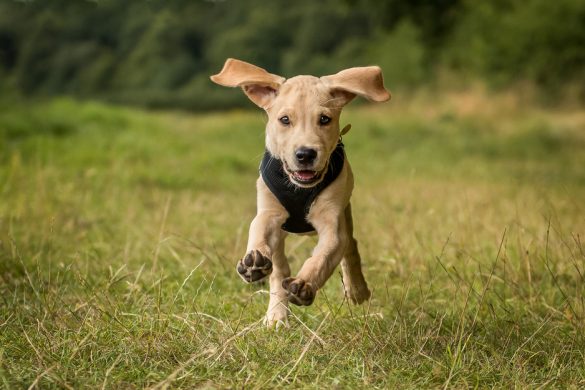 How To Teach Your Dog Recall 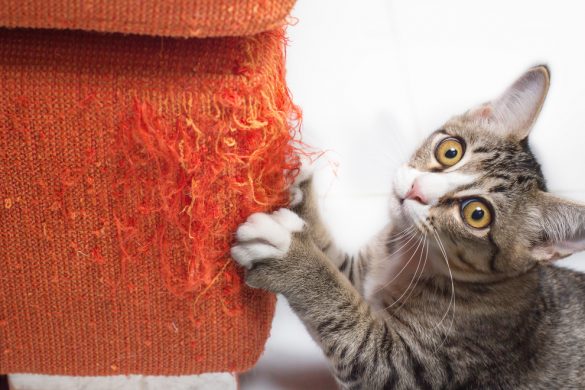 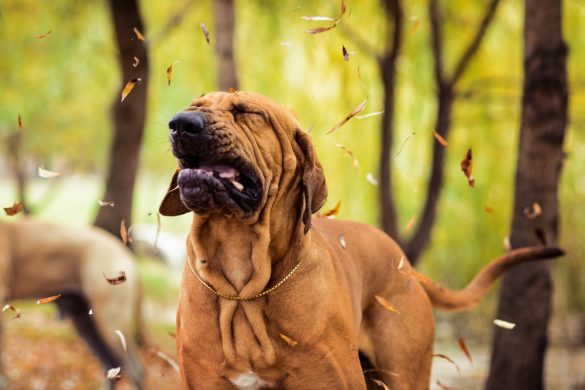 Do Dogs Have Allergies? 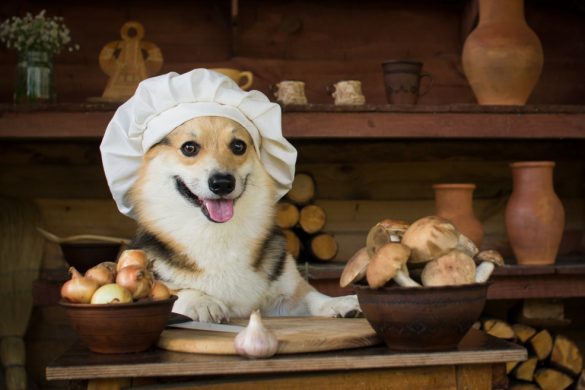