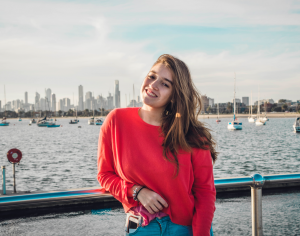 I was working at a startup called Airbike, which focuses on station-less bike sharing. The company is based here in Sydney, but they also operate in Canberra and Adelaide. I was technically their COO, but as the company was very small, we all needed to adapt to different roles. It was a lot of fun.

Everyone has a really good vibe, and always comes to work with smiles on their faces. I love the energy that everyone brings to the office – and, obviously, Charli the Labradoodle is a huge plus!

At the moment, the thing I have in abundance on my desk is caffeine in all its forms. Coffee capsules, teacups, cans of Red Bull – you name it. Suffice to say, caffeine keeps me running through the day. I’m also planning to adorn my desk with quotes that inspire me; give me time, and I’ll get there! 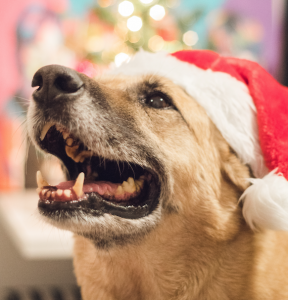 A lot of dancing. A year ago I started going to Latin Motion, which is a Latin dance academy. I take classes in salsa, reggaeton, urban/Latin fusion, and all things Latin.
When I’m not at Latin Motion, I spend my time Scottish Highland dancing. During my childhood in Uruguay, my school offered Highland dancing. At started with dancing, then I moved into Highland tenor drumming, and now I do both.

I have a picture of Edinburgh Castle, which I took when I travelled there to perform in the Edinburgh Military Tattoo. Every year, the Tattoo invites people from around the world to apply to participate. I submitted a video audition of myself drumming, and they asked me to come to Edinburgh to drum as part of the Tattoo. I played in Edinburgh every night for a month, which was the experience of a lifetime.

That’s a difficult question, but I’d have to choose an elephant. They just seem like intelligent creatures, who are kind when they’re treated well. 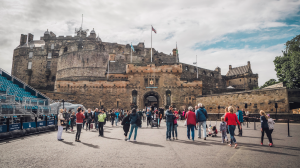 Black coffee or coffee with milk?