Perhaps you have a dog breed at high risk for Von Willebrand’s Disease. Maybe you have a hunch that your pup might be suffering from it. Either way, it’s a good idea to learn more about this elusive blood condition. Its symptoms can be hard to spot or dormant, and can range in severity from mild to life-threatening. In short, Von Willebrand’s Disease can be a tricky, and somewhat scary, medical term for Dog Owners.

Unfortunately, because Von Willebrand’s Disease is congenital—meaning present at birth—you can’t prevent your pup from developing this condition. But you can learn more about the risks, symptoms, and treatment plans to keep your doggo safe! 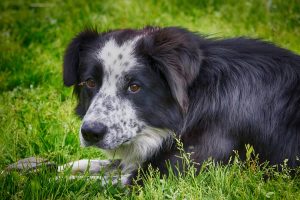 What is Von Willebrand’s Disease?

The most basic explanation of Von Willebrand’s Disease is that the dogs with this condition lack the necessary proteins for blood clotting.

Now, anytime that we hear the term blood clotting, we often think about the dangers of blood clots or blockages, such as in the case of heart disease. But, blood clotting is actually a crucial step in a dog’s healing process. Any time that your pup gets a scratch, a tick bite, or something more severe, the body jumps into action to prevent further damage.

Here’s the in-depth explanation: whenever a blood vessel is breached or broken, your dog’s circulatory system goes into overdrive to produce something called the Von Willebrand factor. This is a protein that allows platelets, clotting blood cells, to stick together to seal off the wound. It’s a crucial step that prevents further blood loss and allows for the healing process to begin.

So, as you’ve probably already guessed, a dog with Von Willebrand’s Disease has trouble producing the Von Willebrand factor. Without these crucial proteins, even mild wounds or otherwise safe surgery procedures can be serious or life-threatening.

Which dog breeds are at the highest risk?

You’ll often hear that some dog breeds are at higher risk for Von Willebrand’s Disease than others. And that is true. There are some thirty different dog breeds that are susceptible to this genetic disorder. Breeds like Dobermanns, Scottish Terriers, and Shetland Sheepdogs have been found to have the lowest levels of the disease’s factor, and thus the highest risk for complications.

There are many other breeds, such as German Shepherds and Poodles, with varying levels of severity as a result of symptomless carriers. While these dogs may live out their whole lives without any complications, a vet may still suggest that they be screened before surgery or breeding.

All of this said, all dogs of any breed can inherit Von Willebrand’s Disease. Even if your pup isn’t related to one of the affected breeds, it’s still very important to know the signs of this disorder.

How can you spot Von Willebrand’s Disease?

If you’re familiar at all with Von Willebrand’s Disease in humans, you may recognise some of the same symptoms in the canine version. They include:

How can vets test for it?

Testing for Von Willebrand’s Disease is a pretty straightforward process. Your vet will draw a small blood sample from your pup for lab testing. Then, a lab tech will determine the concentration of Von Willebrand factor in your dog’s blood. This is compared to the normal range of dogs without any blood clotting issues.

From there, a dog will be placed into one of three groups: normal, borderline, or abnormal. In the borderline range, a dog may be a carrier of the disease without showing symptoms. These dogs are generally healthy, but may be restricted when it comes to breeding.

The abnormal range will mean that a dog is at higher risk for suffering from blood clotting complications. These dogs will be more closely monitored for indications of Von Willebrand’s disease.

Unfortunately, there is no medication that can induce your dog to produce the Von Willebrand factor. Instead, Owners need to take special precautions to lower the risk of bleeding complications for their pups. For instance, in the case that a dog suffering from Von Willebrand’s Disease needs to undergo surgery, they will need a transfusion to prevent excessive blood loss.

Here are a few other recommendations that your vet will likely make if your dog has Von Willebrand’s Disease:

Now, we don’t want to leave you with all of the things that your dog with Von Willebrand’s Disease can’t do. So, here are some more positive  and safe lifestyle changes that your dog will love:

As you can see, there are many lifestyle changes that can help dogs with this condition live their best lives.

5 Ways to Mentally Stimulate Your Dog

What Happens if My Dog Swallows a Foreign Object?

Do Some Dog Foods Cause Cancer?

Kennel Cough: What You Need to Know

What’s the Average Lifespan of a Dog?

Dermatitis in Dogs: How to Spot and Treat...

Dew Claws on Dogs: What to Do About...

What are the Benefits of Beef Heart for...