Want to learn the nuances of Pet Sitting for small dogs? In this blog, expert Sydney-based Pet Sitter Odette McCarthy covers all you need to know. If you’re searching for a Sydney Sitter who knows a thing or two about pint-sized pups, visit Odette’s profile! For Pet Owners in Melbourne, Darwin, Adelaide, or elsewhere in Oz, we have an range of Sitters waiting for you! 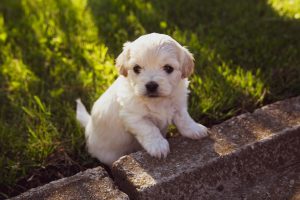 Unsure whether to look after a puny pooch? Things may be fun-sized when you step into their tiny territory, but can you tame these teeny taskmasters?

Small dogs make up for their size with big statements – much like men who buy large, attention-seeking cars. Indeed, dainty doggos compensate for their small statures by attaining attention through an array alternate approaches. This can include brusquely barking at colossal canines, troublesomely trotting across intense games of Monopoly, tenaciously tapping your tibia at teatime, or sitting smack bang on the central column of the newspaper you are reading.

A petite pooch has the potential for prime public appreciation. For instance, if you are a male Pet Sitter who can’t afford a swanky sedan, simply sit yourself in a social setting with a tiny tyke and females will fawn. What can I say? Petit pooches are so cute!

Remember: an itsy Inu is inclined to be an indoor Inu. For anyone who is unsure, there is rightful rationale to keep them inside.

Twice already this year in rural Victoria, an eagle attempted a “Chihuahua-nap”. What’s worse is that these are just the reported figures! Unfortunately, a petite pooch is no match for a ferocious feathered fowl. Measly mutts can be left mangled by measurably monstrous airborne mammals. When caring for these canines, ponder your potential to protect these precious pets. Will you successfully safeguard the smaller snuffler inside? Can you tolerate a typical day tucked away with a tiny tail-wagger, away from taloned trolls? Are you capable of committing to canine containment from the claws of comparatively colossal killers? If not, you may want to give this Pet Sitting gig a miss.

An itty-bitty bow-wow means a world of itty-bitty business. In other words, a whole lotta things get smaller when dealing with scant sniffers!

After minding two Great Danes, I was thrilled with the teeny mess of the toy terrier I attended to. In fact, I caught myself smiling as he did his little business in the backyard. It was eminently easier to handle his elfin excrement than that of the elephantine!

Indoors, Mister Mini is able to shadow your every move. With this in mind, beware the teeny Stage 5 Clingers – they’ll prove needier than a desperate date! As such, you should prepare for a persistently penetrative pairing. No longer will bathroom breaks be a solace; Fido thinks it best he follows.

Beyond that, a small pupper does not mean small appetite! Piggy little pup will crop up in the kitchen, the dining room, the television dining davenport. Where there be food, there be free-falling food fortuities! In fact, their mantra will become: “Every meal baked, every bite you take, I’ll be watching you…”

And if you contemplate sharing your bed with a runty Rover, they may monopolise the majority of the mattress. Is this fitting for a fellow like you? Are you relationship ready? Pining for to be one participant of a pair? Perhaps a little lap dog would be an accentuating accompaniment to your activities.

Puny Insta-pooches pull in more patrons on social media than larger dogs. In fact, the smaller, odder, or more fashionable doggo may make for a more massive following. Puny Pomeranians, fashion fop Frenchies, imitative Iggys and tongue-out Terriers are gaining up to 9 million followers on Instagram! A possible reason is that itty-bitty bow-wows appear much more out of place performing human tasks. For example, a Labrador could be large enough to post a parcel in a letterbox, while an Maltese requires a step ladder and looks at the camera as if to say: “I have no idea what I’m doing and your laughing is NOT helping!”

Long story short, if you’re striving for social media stardom, Sitting a small Scotty could give you a surge!

Pet Sitting a pint-sized pooch may have its advantages, but are you prepared for the pocketable pursuance’s that partner their little lifestyle? Ponder the pros and consider the cons. Small in stature does not always mean small in sense of self!